Keswick 1940. Britain is at war with Germany. Maggie’s life is under invasion too: Gran knitting for England, evacuees, lodgers, helping with the war effort – and now a fund raising concert party! Husband Rob is due home on RAF leave and best friend Peg has just learnt she’s pregnant – but no such luck for Maggie and Rob. Nostalgia, romance, laughter and tears are part of this comedy full of live music, songs and dance from the war years.

Commissioned and first produced by Theatre by the Lake, Keswick
Directed by Ian Forrest

“Tears, laughter and plenty to talk about – this is theatre at its best”
Whitehaven News
“A great night out at the theatre for all ages”
Lake District Messenger 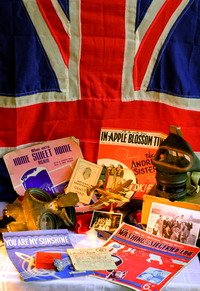