A comedy about loss and expectation, set in an ante natal class and a DIY superstore on the ringroad.

“A tenderly affecting piece of drama…pant wettingly funny…Evans’ play succeeds in delighting a rowdy crowd, many of whom have brought their bumps.
along”
The Guardian
“The play is a gem..hilarious physical comedy…mixes tragedy, comedy and life experiences”
The Yorker Website 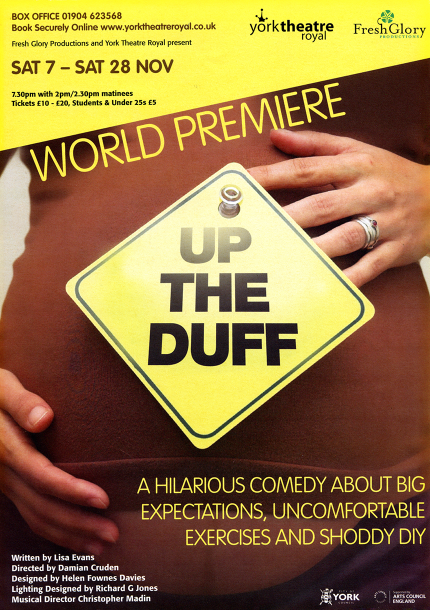